A press release from a hopeful write-in candidate

Four-time congressional candidate thinks fifth time may be the charm

Not only does Mr. Yannone distinguish himself from the other two candidates by insisting on fiscal honesty and frugality, by insisting that law enforcement take the place of illegal sanctuary city practices, and by refusing to affiliate with any political party, but Mark Yannone has also continued his long-standing tradition of refusing all campaign contributions to be free of all special-interest influence.

The last-minute decision to enter the race forced him to be a write-in candidate.

When the daily paper, with a left-leaning agenda a mile long, chooses to support its position with statistics, they do so with a vengeance.

Take for example Sunday’s sky-is-falling editorial in which they claim the Republican party is in a free fall, with little hope of recovery. The polling data they cite emanated exclusively from the liberal networks and media, but they slathered it lavishly to support their case. Mysteriously missing was any reference to conservative stats, or an effort to provide journalistic balance. Does such an entity even exist within the walls of the Republic?

Today they cite data again, this time referring to,” Lies. Damned lies.”It seems the editorial board doesn’t care for the information released by the Center for Disease Control’s National Youth at Risk Behavior Survey. The CDC and a federal report released earlier this month acknowledged a decline in sexual activity among teens.

The Republic has long expressed contempt for abstinence-only sex education, giving the back of their editorial hand to such programs. In fact, they actually included this line in their diatribe: “Some experts suggest we’ve reached the limit of what can be done to discourage sexual activity among teens.”

Try selling that “expert” advice to parents who take their responsibilities seriously.

“We should have caught this.”

The not-so-clean elections crowd hoisted on their own petard

In an understatement of epic proportions, Todd Lang, executive director of the Citizens Clean Election Commission, responded to the disclosure of $2 million in unreported spending of his agency —- the one charged with responsibility of overseeing the campaign finances of state and legislative candidates. “We should have caught this,” said Lang.

As reported in a Arizona Capitol Times article by Christian Palmer, Lang and his deputy director, Colleen McGee, attribute the multiple discrepancies to “human error.” That’s a good refuge, since computers appear far more reliable than this dynamic duo.

It was the Clean Elections folks, you might recall, who removed a duly elected state legislator from office, absent impeachment, criminal charges or recall, due to financial disclosure errors—which he, in fact, called to their attention. His $6000 error was certainly nowhere in the neighborhood of two million dollars.

State Rep. David Burnell Smith, a Republican who represented Dist. 7, is the only elected  U. S. office holder removed by a panel of unelected bureaucrats.

Comments Off on “We should have caught this.” | 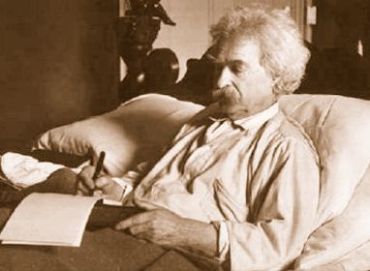 In Sunday’s lead editorial, the Arizona Republic gleefully tolls the death knell of the local and national Republican party. Finally, the paper has abandoned all pretense of journalistic evenhandedness.

Their predictions of the GOP demise, as Mark Twain said when he read his own obituary in a local newspaper, “are exaggerated.”

To give credibility to their dire forecast, they cite polling done by The Wall Street Journal, CBS, NBC and PBS KAET-TV’s Bruce Merrill. They even quote Howard Fischer of Capitol Media Services. Curiously missing? Any data from conservative sources.

Taking full advantage of editorial privilege, they position against the Iraq war and talk of “scandals“ plaguing Republicans, as though such occurrences are foreign to Democrat administrations. The editorial also blames McCain’s presidential campaign woes on the “free fall” of the party. The use of the word “sulfurous” in reference to border security proponents, conjures up images of America-hating dictator, Hugo Chávez’s description of President Bush.

Apparently McCain‘s unpopular views on immigration, his alliances with liberals such as Ted Kennedy, his shepherding of the disastrous campaign finance “reform” and legendary temper, have nothing to do with his massive staff defections and lackluster fundraising. The editorial implausibility refers to McCain as a “steadfast warrior-servant of his nation.” McCain served honorably in Vietnam, f or which he has won praise. Since then, the “warrior-servant” has served himself. Let’s not confuse the issues.

Although they play fast and loose with language themselves, they tackle comments made by state Rep. Russell Pearce (R- Dist.18). When Pearce called elected officials who support amnesty in our post 9/11 world, “traitors,” he joined scores of others, who view the act of granting citizenship to those in our country in violation of our laws as betrayal. Our elected officials, it should be remembered, have sworn to uphold the law.

It’s difficult to take on those who buy ink by the barrel. Thank God for blogs.

Two suspects, Edward James Rose, 20, and Norma Lisa Lopez, 19, are facing the death penalty in the senseless Friday night night shooting death of officer George Cortez  The 23 year-old, two-year veteran of the Phoenix Police force had responded to a call regarding a suspected forgery, when he was gunned down at a check cashing store in West Phoenix.

The married father of two young children was rushed to St. Joseph’s Hospital, where he died of his injuries.

Rose and his girlfriend, Lopez, were formally charged Saturday with first degree murder, burglary and forgery. Maricopa County Superior Court records indicate that an arrest warrant for Rose and an accompanying petition for probation revocation in an earlier criminal case, were issued the day before the shooting.

Comments Off on The Valley mourns again (update) |

California’s foolishness should not be imitated by Arizona officials

Amid growing concerns over the lack of national security at our nation’s borders and Homeland Security warnings of increased terror threats, California’s Orange County Superior Court has begun outsourcing the processing of traffic tickets to Mexico.

With identity theft a growing problem for American citizens, the personal information of thousands of drivers being sent to Mexico, is causing a firestorm of complaints. The County Board of Supervisors confirmed that complete driver and vehicle information that was included on the traffic citations was being sent to the Cal Coast office in Nogales, including driver’s license numbers, driver’s addresses, vehicle license plate numbers, and vehicle identifications.

Cal Coast, one of the Southwest’s largest data entry services, has data processing offices in Phoenix, Los Angeles and Nogales.

Language difficulties of the processors further compromised the transactions.

Interesting how the votes came down

In a 3 -2 decision, Arizona’s justices decided  that police cannot routinely search vehicles without a warrant. Exceptions are limited to situations involving police safety or where waiting for a warrant could result in evidence being destroyed.

Arizona’s police departments consider this decision a defeat for law enforcement, inhibiting them in their work.

Justice Scott Bales, writing the dissent, concluded his colleagues were misinterpreting the law.

Interesting note: Berch is a Republican appointed to the high court by then Gov. Jane Hull.

Bales is a Democrat appointed by Gov. Janet Napolitano.

Tragedy in the Phoenix sky

Our most sincere condolences go out to the families of Craig Smith and Rick Krolak of ABC KNXV-TV Channel 15, and Scott Bowerbank and Jim Cox of Independent KTVK-TV Channel 3.

How many stops can these gravy trains make before the funding sources run dry? They compete with legitimate organizations, such as pro-life groups, individual candidates and the party apparatus. Of course, the PACsters make a tidy sum, skimmed right off the top, which is a compelling start-up inducement.

Are they also attempting to make last January’s dire predictions of waning funds directed to the state GOP a reality? . Insiders say just the opposite is true.

Ever wondered how your campaign donations are spent?

The McCain campaign spent more than $1.5 million on air travel during the first half of the year, mostly on chartered planes.

Commercial air travel is for donors.