Oh, now we get it…any charity but John 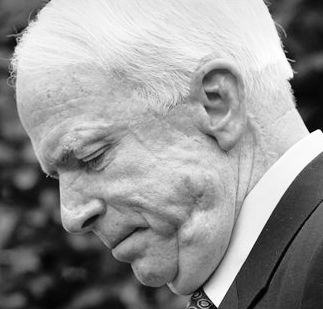 An interesting addendum the previous post about John McCain’s campaign financial woes is this article in today’s daily.

Titled, CEO leads company in tradition of giving back, it chronicles Robert Delgado’s rise through the company and the many charities bestowed large sums of money by Cindy Hensley McCain’s mega-sized beer distributing business—upwards of $1 million a year.

Hensley & Co. Distributing, with annual sales of $340 million is the largest company of its kind in the state of Arizona and third largest in the nation. Among the recipients of Hensley’s grand scale generosity are such institutions as Friendly House. and Chicanos Por La Causa (translated to Chicanos for the Cause) which is affiliated with the racist group LaRaza or “The Race“).

Such warm philanthropy doesn’t extend to John’s presidential campaign, which would not be tax-deductible.

This entry was posted on Monday, December 31st, 2007 at 12:32 pm and is filed under News, Presidential campaigns, We have a voice. You can follow any responses to this entry through the RSS 2.0 feed. Both comments and pings are currently closed.

3 Responses to Oh, now we get it…any charity but John