A “journalist with guts” gets them spilled

Politics Daily tells the tale of the axing of Congressional Quarterly longtime senior editor Brian Nutting.  His transgression? Nutting had the temerity to question dozens of staff layoffs at CQ and its sister publication Roll Call — after employees had been told that both publications were profitable.

FishbowlDC has a copy of Nutting’s email.

Seeing Red AZ has begun referring to the ongoing saga of sexually exploitive teachers as “the endless parade” — having written about their appalling abuses on numerous occasions.

Today we introduce you to Alfonso Padilla, 36, a cool guy with frosted streaks in his dark hair, who has a propensity for downloading child pornography.

Padilla was arrested last week at Coolidge High School, but had been allowed to teach in at least three other districts while under a state misconduct investigation for downloading dozens of explicit images of young children.  He had earlier resigned from the Higley Unified School District in Gilbert, where officials allege he merely downloaded adult pornography.

The case reveals a loophole in state law that allows teachers under a misconduct investigation to work at other schools, even when the allegation could imply an imminent threat or danger to student safety, according to a report in the daily.

Cecilia Johnson, the Coolidge district’s top administrator, said Padilla didn’t say why he left Higley. “In fact, when we called the state board, they told us to ask Padilla why he resigned,” Johnson said.

The state Board of Education President Jacob Moore didn’t respond to calls to his Scottsdale office or e-mail inquiries. The board oversees misconduct inquiries and has four investigators to regulate the state’s 200,000 certified teachers. Investigations are kept secret.

Amazingly, a teacher’s certificate is valid until the case is closed — which means schools depend on the applicant to volunteer that he or she is under investigation.

This one concerns a teacher who was engaged in multiple sexual relationships, which resulted in a murder charge when one of her students stabbed another one to death in a “love triangle.”  In that case, officials said they would have divulged the information to the new school, if they would have asked.

A tale of two judges

Supporters of the law said disclosures and waiting period would ensure Arizona women receive information they need to decide whether to have an abortion and allows time to reflect on that momentous decision. ”We believe that the judge gave short attention to the needs of Arizona women — but this is round one,” said Cathi Herrod, president of the Center for Arizona Policy.

Planned Parenthood argued that the requirements for the waiting period and providing women seeking an abortion full and accurate information about the risks and alternatives to abortion would limit access to the procedure.

But U.S. District Judge David Campbell refused to issue a preliminary injunction in a separate, challenge sought by abortion providers and pro-abortion groups. In refusing to block implementation of the waiting period and informed consent requirements, Judge Campbell said he would ask the Arizona Supreme Court for interpretations of some aspects of the law. Judge Campbell said the challengers hadn’t shown they would prevail once the case is finally decided.

The AP report is available here.

The Johnson City Press in Tennessee carries this report about the plight of Dan Fuchs, owner of a small printing company called the “Graphic Edge,” which specializes in novelty items like bumper stickers, coffee mugs and T-shirts.

The number one seller for Fuchs was anti-Barack Obama merchandise, which accounted for over half of his merchandise. Fuchs was seeing an increase in business at his kiosk when The Mall gave him an eviction notice last Friday.

“I was upset about it, of course,” he said prior to receiving the notice. “That’s my livelihood.”

This is not the first time this type of incident has been reported. In July, Seeing Red AZ wrote about a Charlotte, North Carolina mall that terminated the lease of entrepreneur Loren Spivack‘s “Free Market Warrior” at Concord Mills. His kiosk shop which sold items such as “Impeach Obama” bumper stickers and baby bibs that say, “My parents chose life. Thanks Mom and Dad!” was given short notice to vacate.

Ever wonder how many stores had their leases terminated for selling anti-Bush merchandise? We were unable to locate a single one.

And after the Drudge Report carried the news, the Johnson City Press said its website was so overloaded, that it shut down. The small town newspaper wrote, “We only have a certain amount of resources at our disposal and at one point today we were getting roughly 5,500 hits per hour. We are making every effort possible to keep things working on our end.”

Obviously this story detailing the trouncing on First Amendment freedoms piqued the interest of readers around the country. That’s the good sign. 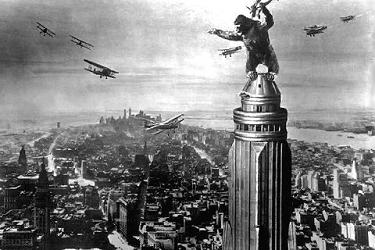 Beyond explanation, beyond belief.

Rasmussen: 61% of AZ Republicans think McCain out of touch with party base

Although Arizona’s U.S. Sen. John McCain was the GOP’s presidential nominee in 2008, he’s always had a challenging relationship with the GOP’s base voters.

A new Rasmussen Reports statewide survey finds that a whopping 61% of Arizona Republican voters think McCain has lost touch with those in his own party.

That’s up eleven points from 50% in May. More telling yet, only 33% of the Republican faithful in the state believe McCain has done a good job representing GOP values.

But without a viable candidate to challenge him, the outlook for replacing this liberal dinosaur appears gloomy.  Since his initial races, McCain has been fortunate to have little in the way of opposition.  How many voters have heard of Stuart Starky? The 8th grade math teacher made the history books as a perennial Democrat candidate, but provided no alternative to the well-financed, attractive, returning injured vet held captive in Vietnam.  And so it has been.

William “Bill” Hegarty was the Democrat and Richard Dodge the Libertarian when McCain swept into the then-CD1 House seat in 1982. Harry Braun, III, was the unlucky Democrat to take him on in 1984.

By 1986 McCain was running for the U.S. Senate. There Richard Kimball was the Democrat touncee. Claire Sargent was the Democrat opponent 6 years later. In 1998 the Democrat was Ed Ranger. You get the picture. These names have been lost to history while McCain inexplicably continues to sail through the decades – while representing a more constricted portion of the party with each election.

What is needed is a candidate with gravitas, a loyal following, the ability to raise the necessary financing and a winning “story.”  Such a man will be beginning his weekday 4 – 7 PM radio program on 550 AM KFYI shortly.

Arizona Politics, AZ DC delgation, Elections, We have a voice |

Franks’ remarks can be viewed on this 48-second video taken by the liberal group People for the American Way. He was speaking at the How to Take Back America ‘09  conference in St. Louis.

Bethany Haley, U. S. Rep. Franks’ House spokeswoman, emphasized that he was speaking specifically about the abortion issue and should have clarified that he considered Obama an enemy of “unborn humanity,” according to a report in the daily.

Franks is adamantly pro-life; Obama, a longtime abortion supporter — who when a member of the Illinois state senate was the reliable leftist vote in opposition of the Born Alive Infant Protection  Act — intended to ensure medical care to babies born as the result of a botched abortion.

“Having spent much of this year fighting inconceivably bad policies like Cap-and-Tax, ObamaCare, Cash for Clunkers, and a seemingly countless number of efforts to expand the reach of government into private industries, it is so encouraging to see freedom-loving Americans from all over the country go to so much trouble to exercise one of their most basic rights, that of petitioning our government, and make their voices heard. Americans realize that the current Administration and Democrat-controlled Congress have put us on a slippery-slope toward socialism. These patriotic citizens have had enough of being told to listen to Washington; it’s time for Washington to listen to them.”

Congressman Franks is a stand-out conservative, who deserves our encouragement and support as he goes forward with his re-election bid.

AZ DC delgation, Integrity, Media, Sanctity of Life Issues, We have a voice |

Onetime singing sensation Andy Williams states the obvious in telling the Radio Times that Barack Obama is following Marxist theories and wants to turn the US into a “socialist country.”

Williams, 81, who was a friend of the Kennedy family during the 1960s and was present at the Los Angeles rally where Robert F Kennedy was assassinated in 1968, even praised the liberal Kennedy’s.  “Had he lived, I think Bobby would have been a great president,” Williams said.

But on Obama, Williams sings a different tune: “I don’t like him at all,” he said, “I think he wants to create a socialist country. The people he associates with are very Left-wing. One is registered as a Communist.”

“Obama is following Marxist theory. He’s taken over the banks and the car industry. He wants the country to fail,” said Williams.

The report is carried in the Telegraph.

Hope and Change, News, We have a voice |

Just 41% of voters nationwide now favor the nationalized health care overhaul proposed by President Obama and congressional Democrats. That’s down two points from a week ago and the lowest level of support yet measured.

The complete survey can be read here.

Congress, Economics, Health, Hope and Change, News, Those Dems, We have a voice |

Social Security not so secure

The Heritage Foundation has been relentless in its warnings regarding the unsustainability of the U.S. Social Security system.

Recently, they wrote that by the time the first of 77 million baby boomers begin retiring in 2011, fewer than three workers will be around to support each retiree — down from 16 per retiree in 1950. That means those workers will have to start forking over bigger “contributions” (read: higher payroll taxes). By 2017, Social Security will begin taking in fewer dollars from taxes than it pays out in benefits. After 2043, absent a massive cut in benefits or hike in taxes, it’ll be broke.

Now AP reports that big job losses and a spike in early retirement claims from laid-off seniors will force Social Security to pay out more in benefits than it collects in taxes the next two years, the first time that’s happened since the 1980s.Those deficits — $10 billion in 2010 and $9 billion in 2011 — will add to the overall federal deficit.

Applications for retirement benefits are 23 percent higher than last year, while disability claims have risen by about 20 percent. Social Security officials had expected applications to increase from the growing number of baby boomers reaching retirement, but they didn’t expect the increase to be so large.

As the deficits rise and federal spending increases, the breaking point is staring us right in the eye, and Al Gore’s promised Social Security “lock box” is nowhere to be seen.