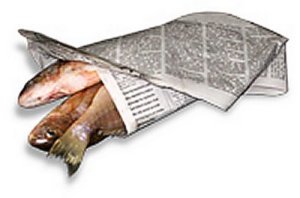 No one has ever accused Jeff Flake of being an intellect. Well aware of his own shortcomings, he has cultivated an inane grin to give him an aura of affability. Despite his obvious limitations, he possesses a streak of arrogance that allows him to stick his RINO finger in the eye of conservatives in general and President Donald Trump in particular. Flake was an Obama guy, globetrotting with him and on his basketball team. The former president was the one he called when the horrific shooting occurred at the congressional baseball practice.

Flake has honed his insolence to razor sharpness in recent months. Prior to the election Flake vilified Trump and boasted neither he nor his family would vote for the Republican nominee. Since President Trump’s overwhelming victory, Flake has been on a campaign to undermine him, culminating with a foolish 140- page pamphlet masquerading as a book bashing conservatives, with a title stolen from Barry Goldwater’s book published in 1960.

The marginal Flake, who has fed at the public trough nearly two decades, has trouble with original thinking, but has recently labeled himself a ‘globalist.”

McCain reporter Dan Nowicki appears to be struggling for his professional life. Arizona’s Senior Senator (ASS) is old and ill. His days in the senate are numbered.  So Nowicki veers off into Neverland covering the increasingly unpopular Jeff Flake, ASS’s doppelganger. The headline accompanying his dismal report sounds like that of a racetrack tout: ‘Political handicappers are downgrading GOP chances of holding Sen. Jeff Flake’s seat.”

Of course Republicans want to hold onto the senate seat — which is not Jeff Flake’s but belongs to Arizonans. They also realize it’s Jeff the Flake who is doing his damnedest to cede it to the Dems. The questions that arise in hanging on to Republicrats like McCain and Flake  are always the same:

The fact is that Jeff Flake, doing Obama’s lame duck bidding, promoted Democrat Merrick Garland to fill the U.S. Supreme Court vacancy. He escorted him through the senate, arranging meetings with those who would be casting confirmation votes and stated it was “time to confirm” Garland. Fortunately, Donald Trump was elected president and nominated Judge Neil Gorsuch to the high court. But Flake still didn’t get the seriousness of the hearings as he embarrassed himself with this foolish line of questioning. (video)

Though Flake  is a committed promoter of amnesty for illegals, he’s not above lying about his position while in campaign mode — a gimmick he learned from his pro-amnesty mentors McCain and Kyl, (campaign ads under links) who both reverted to amnesty mode after the votes were counted.

How exactly do Republicans benefit from an untrustworthy “majority” rife with RINOs like Arizona’s two duplicitous senators? The quick answer is we don’t. It‘s time for a change. Dr. Kelli Ward is a physician and former two-term state senator (two-2 year terms), who is a consistent conservative.

Flake, trailing Kelli Ward by 14 points, is worried that Arizona voters have had enough of his double talk, which explains the myriad ads popping up on the internet, describing him as “Leading to restore conservative values.”  Flake wouldn’t know “conservative values” if they bit him or ASS.

This entry was posted on Monday, August 28th, 2017 at 8:57 am and is filed under Arizona Politics, Arrogance, Beating the drum, Deception, Elections, Hope and Change, Illegal Immigration, Jeff the Flake, Judicial, Media, News, Pres. Donald Trump. You can follow any responses to this entry through the RSS 2.0 feed. Both comments and pings are currently closed.